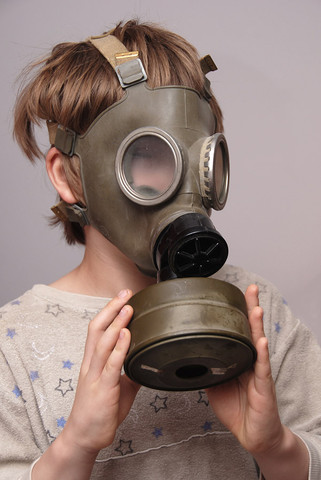 What is Mattress Off-Gassing?

Most simply stated, off gassing is the evaporation of volatile chemicals. Polyurethane foam and flame retardants found in non organic mattresses off-gas and decompose over time. The typical mattress is soaked in a strange brew of fire retardant chemicals, formaldehyde, and other toxic glues, stains, and coatings, and stereotypically made from off gassing components like petroleum oil based polyurethane foam. These chemicals can release deadly carcinogenic gasses.

Can You Smell Off-Gassing?

Some of the deadliest off-gassing is due to fungus and bacteria consuming flame retardants and releasing toxic byproducts. This can happen in older mattresses which no longer have any smell. Don’t be fooled into thinking a mattress is completely safe just because it does not smell.

Many adults have reported head-aches, nausea, and strange allergic reactions while sleeping on new non-natural mattresses. With each report of this nature, it is important to note where the mattress was purchased, as well as the materials and chemicals used in the manufacturing of the mattress. If you are having strange or adverse effects from a new mattress, it is possible that off-gassing is the culprit.